This may be a polarising view on one of the most topical ethical issues in our lifetime – Biological Ethics. I am also confident that almost every person who reads this article is affected directly or indirectly by this discussion. From the beginning of time, human beings have been in relentless pursuit of solutions to problems that threaten our existence. The great debate on gene editing has reached a point where the technology can enable a monumental shift in human existence through genetic engineering.

According to the Human Genetics Policy Guidelines for the management and prevention of genetic disorders, birth defects and disabilities (Western Cape Government), in South Africa birth defects include inherited genetic disorders and non-genetic (congenital or structural) abnormalities. They range from minor physical problems to very serious, chronic and life-threatening, disabling conditions like Fetal Alcohol Syndrome. Some of these birth defects are visible at birth like albinism or Down syndrome, while others have a late onset and manifest later in life, like breast cancer, hypertension or diabetes. Most of us would have some experience – direct or indirect – with these defects either personally or in our families.

The policy guidelines go on to say that serious birth defects have enormous emotional, psychosocial and financial implications for the family, and are important causes of ill health and human suffering broader than even the victim. Some birth defects can be treated, but ongoing management is usually costly and often only partially successful. Other abnormalities, however, may be wholly preventable by dietary means, prenatal diagnosis, selective termination of pregnancy, or even by early diagnosis and treatment.

Despite the incidence of birth defects in developing countries not being well documented, it has been estimated that the cumulative incidence of severe (significant) birth defects and genetic disorders, reaches 8% by the age of five years. The policy guidelines go on to say that if all genetic-related disorders of late onset, such as hypertension, diabetes, certain cancers and psychoses are included, it is estimated that 60 – 65% of the population will suffer from such a condition during their lifetime. Furthermore, the estimated number of births during 1996 in South Africa was 1 312 040 (Statistics South Africa) and it can thus be determined that approximately 150 000 of children born annually are affected by a significant birth defect or genetic disorder by the age of five years. People living with any of these genetic defects would agree that they present phenomenal emotional, psychological and financial challenges, and highly restrictive living conditions.

Now, imagine if we could eradicate all of this in our lifetime? Would this excite you or would you be frightened?

Science has evolved substantially to the extent that gene editing could be a solution to a massive challenge on our continent. In simple terms, this is a method by which the genomes of living organisms may be edited. This editing process has the power to correct genetic defects forever. It is based on a simplified version of the bacterial CRISPR-Cas9 antiviral defense system.

By delivering the Cas9 nuclease complexed with a synthetic guide RNA (gRNA) into a cell, the cell’s genome can be cut at a desired location, allowing existing genes to be removed and/or new ones added. Imagine you could edit out cancer, hypertension or even diabetes? That would change our world forever.

The opportunity to use “genetic scissors” to edit the human genes opened up massive debate about whether this is the beginning of humanity playing God, or whether we should embrace science solving a key problem for humanity.

Here are some additional points of view to consider:

Religion. A common religious departure point is that “A God” (denomination agnostic) created human beings. Something greater and more omnipotent than us all. In this omnipotence are the secrets of life and the wonders of humanity, and crossing this threshold to manipulate the previously “sacred” space creates huge anxiety and discomfort in many religious sects. The core of this view is all about “playing God” being a cardinal sin and ultimately resulting in the shaming of the omnipotence of “A God”.

Decisions, Decisions. The other really tricky consideration is who decides what constitutes a genetic problem that needs to be ‘fixed’? Should this process be governed? Is there a way to implement this without introducing fundamental bias? Ultimately whoever is making this decision will be playing God in deciding on the genetic lives of other human beings.

Unintended Consequences. The truth of the matter is that we don’t know what we don’t know, and Science almost always has its own, complex unintended consequences. The reality is that most diseases are not caused by a single gene, but rather many different genes at play all at once. If we venture down the road of gene modification, we also venture down the road of loads of unintended effects elsewhere and at this stage, these are almost impossible to predict. It would be one massive, controlled experiment.

Inclusivity. Finally, in the age of inclusion, the goal would be to ensure all technological advances benefit as wide an audience as possible and thus creating more inclusion. This begs the question about how to make technology of this nature as widely accessible as possible and in so doing, not exacerbating social injustice. Already the failing medical system creates a gap between the haves and have nots. What will happen is that gene editing will be a very expensive, very niche solution, only accessible to the 1% before it ever becomes mainstream enough to have widespread impact in the world.

What would this mean for Africa?

Investment. There would have to be a phenomenal investment in research to get to grips with the implications, benefits and management of this kind of genetic exploration. The research would need to be distributed into the science, but equally into understanding the commerce, governance and regulatory impact that it would have on our continent.

Regulation. Government has a huge role to play in the realisation of such an ambitious goal. In a utopian world, the government would create enabling progressive environments for the research to flourish and some of the solutions to take root. In reality, I think it would be sufficient for the government to just not hinder progress.

Elon Musk likes to say: “If you are not making mistakes, you are not innovating.” Unfortunately, the process of exploring the opportunity in genetic science will require lots of mistakes along the way. The problem with Innovation is that while you solve present problems, you also create a universe of new problems. 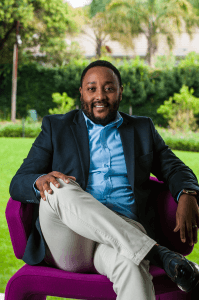 Work from the top